Digital Plants Continuous Casting Mold Expert
Mold Expert, the innovative sticker-detection system from Primetals Technologies, has now been installed over 300 times in melt shops all around the world.
In the 20 years since its inception, Mold Expert has not been standing still. The solution has supported countless melt-shop operators around the world in casting perfect slabs, blooms, and other intermediate steel products by preventing breakouts. The new version, Mold Expert Fiber, uses fiber Bragg gratings for an even clearer picture of what goes on inside the mold.
Authors Authors
Dr. Oliver Lang
Martin Schuster
Nicole Oberschmidleitner

The development of Mold Expert began in 1998, when Dr. Oliver Lang was asked to investigate the sticker-detection systems that existed at the time—with the aim of developing a proprietary system for VAI, the Linz-based predecessor company of Primetals Technologies. There were two main aspects to consider: on the one hand the hardware required to obtain the essential temperature measurements from the mold, and on the other hand the software algorithms to detect stickers, with the human-machine interface visualizing and interpreting the temperatures.

At the time, thermocouples were primarily based on constantan rods that were welded onto a copper plate. The welding could only be carried out by an expert to ensure a strong joint. Another major disadvantage of using copper plates as the second element of the thermo-pair was that this design choice resulted in the diagnostic signals being very susceptible to interference. Dr. Lang and his colleagues therefore collaborated with a thermocouple manufacturer and came up with their own thermocouple design, which differed significantly from that of competitors, owing to its extremely fast response to temperature changes and interference immunity.

The data from the first casting showed us that the auto-adaptive algorithms were working as they should, and from the second casting onward, automatic casting speed reduction was turned on.”

As a result of the faster temperature detection, “stickers”—incidents in which part of the nascent strand shell becomes stuck to the mold—could also be detected far more quickly and thus more reliably. Another benefit of the new design was that basically anyone could mount the new thermocouples: you simply had to insert them into the right slot and to turn them slightly clockwise, and they would click into place. An integrated spring made sure they were pressed against the copper plate with constant force. By using K-type thermocouples (chromel–alumel thermocouple pairing) and twisted, shielded thermocouple cables, the team was able to reduce interferences even further.

On the software-development side, the team benefited from the very close relationship between steel producer voestalpine and VAI, which enabled the VAI team to examine how stickers form and spread. Based on this knowledge three algorithms were developed for the recognition of stickers. They were programmed to work universally on all continuous casting plants worldwide. Importantly, they made auto-adaptive parameters a core principle of the innovation that was to become Mold Expert. These parameters automatically set themselves to the right values according to the casting behavior of the new plant without the need for prior configuration, and their functionality would today certainly be labeled as exhibiting artificial intelligence.

A perfect partner for Through-Process Optimization

Mold Expert is also a crucial source of production data for Primetals Technologies’ very own Through-Process Optimization (TPO) solution, where all process-relevant data can be stored and evaluated—from the ironmaking stage all the way to the final coiling. TPO is one of the flagship digitalization solutions of Primetals Technologies. It is capable of tracking all parameters relevant for the production process and of storing that information for every coil produced. The aim is to have thorough knowledge of the current and the theoretically achievable end-product quality at the respective production line. TPO introduces a level of transparency previously unknown in steel production, thereby making product and process optimization more simple and straightforward. Thanks to its sophisticated rules-based system, operator knowledge as well as expertise from Primetals Technologies can be mirrored and preserved for automatic application.

Things became really exciting for the Mold Expert team in 2000, when the first implementation became operational at IPSCO Steel in Alabama, U.S.A., now SSAB Alabama. Although the algorithms of Mold Expert had been thoroughly tested in the context of the partnership with voestalpine, the question was how they would behave on a completely different system and in conjunction with the new thermocouple design.

Because Mold Expert was yet unproven, its ability to automatically reduce casting speed remained switched off. Instead, Dr. Lang sat in the electrical room with his eyes firmly glued to the temperature curves, all the while in radio contact with a metallurgist directly at the casting platform, who was authorized to manually initiate casting speed reduction. “The data from the first casting showed us that the auto-adaptive algorithms were working as they should, and from the second casting onward, automatic casting speed reduction was turned on,” Dr. Lang says, proudly. Since this initial success, SSAB Alabama and Primetals Technologies have remained close partners and have developed countless new features for Mold Expert. SSAB Alabama was also the first customer to sign a service contract for the solution, which ensured that they would always be using the latest version.

One of the anecdotes Dr. Lang has to tell about his collaboration with SSAB Alabama relates to the time difference between the U.S.A. and Austria: “With Mold Expert, early on, we introduced the fundamental philosophy that the tasks of the programmer and the commissioning engineer would be kept separate,” Dr. Lang says. “This worked great thanks to the time difference and the resulting differences in sleep-wake cycles.”

As the commissioning engineer, it was his job to carry out the installation, test the system, and identify bugs: “I was able to give SSAB Alabama’s system my undivided attention. The programmer could stay at home in Austria and devote himself entirely to implementing additional features according to customer requests. The result was that while I slept, the programmer was improving the code.”

When developing Mold Expert, the team always wanted the solution to be more than purely an early warning system to prevent breakouts. That is why, right at the beginning, the add-on module Friction Expert was developed, which calculates the friction between strand and mold. Friction is a very important parameter that informs the metallurgist about whether the casting powder is functioning correctly. Mold Expert had also been growing as a project within Primetals Technologies, which brought additional manpower in the form of Martin Schuster, who took the lead in pushing the development of Mold Expert forward and taking it to the global market.

When the Mold Expert team trained plant operators, they were often asked what ranges should be targeted—for example, the ranges within which the frictional forces or the heat flows in the mold ought to stay. The Mold Expert team could not provide a one-size-fits-all answer, given that these variables depend on many parameters. But it was also evident that the steel grade and the casting powder were of special relevance.

The question ultimately prompted the team to develop the patented Process Expert module, which continuously analyzes the casting process and, based on the vast amount of data stored in its database, suggests ranges within which the friction and heat flow values should be moving. “This algorithm employs artificial intelligence to automatically register new steel grades and casting powders, and continually refines itself as the product-development process at the plant progresses,” says Martin Schuster.

WHat our customers are saying about
Mold Expert 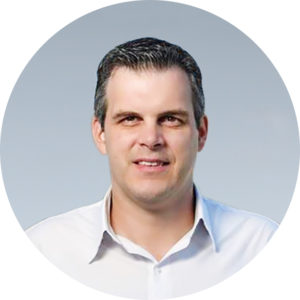 We cast a large variety of difficult steel grades. Mold Expert is one of our key instruments to reliably cast such grades without problems.” 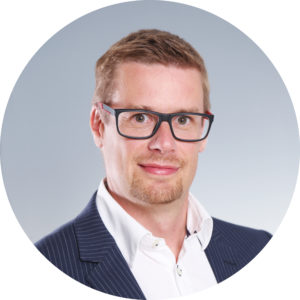 We have been using Mold Expert Fiber for five years now. It helps us to increase productivity. We use it in combination with AI algorithms to detect inconsistencies.”

As of early 2021, Mold Expert has been implemented over 300 times in steel plants worldwide, making it the #1 mold-monitoring system in the metals industry. These are some of Mold Expert’s most recent references.

In 2020, Primetals Technologies celebrated 20 years of Mold Expert—and the 5th anniversary of using a fiber-optic temperature-measuring system in Mold Expert’s hardware design. The move to fiber optics was made due to the advantages of fiber Bragg gratings for temperature measurement in the mold. This approach allows for many more temperature measuring points to be monitored than with thermocouples, leading to a much more high-resolution temperature profile of the mold. Thanks to the richness of this data, it is possible to calculate the precise shape of the mold level, and to even draw conclusions about the flow conditions within the mold.

“In the future, fiber Bragg gratings will be used even more extensively—on the one hand to control electromagnetic brakes and stirrers in such a way as to ensure the optimal flow of steel in the mold, and on the other hand as a replacement for the thermocouples used in earlier Mold Expert implementations,” Martin Schuster prophesizes. “The initial investment needed for such an advanced system is somewhat higher, but down the line maintenance costs are lower. And in the case of tubular molds, the use of fiber-optic cables is already easier and more cost-effective because of the specific design of these molds and the way they are cooled.”

Over time, Mold Expert has arguably developed into a pioneering innovation platform, and further developments in the pipeline point to the solution’s bright and interesting future. Smart assistants—such as Peritectic Expert, which uses Mold Expert data to inform the operator whether peritectic steel is being cast—will increasingly be supporting the casting process and will contribute to even more comprehensive and advanced automation in the continuous casting plant.

Interview with
Martin Schuster
A new dimension of continuous casting

Martin Schuster is the product manager behind Mold Expert. He dedicates his time and energy to making continuous casting more reliable.

How has Mold Expert changed the world of continuous casting?
Schuster:

Mold Expert lets you inspect what goes on inside the mold and helps you identify any inconsistencies in the casting process. The result is greater reliability. Some 20 years ago, the much-feared breakouts were still relatively commonplace. But thanks to Mold Expert, you can now run a continuous casting machine for many years without a breakout ever occurring.

What was the most important factor in the development of Mold Expert?
Schuster:

We have been continually refining the algorithms used in Mold Expert. The goal has always been to enable it to detect a wide range of phenomena. We extended its core functionality with a number of Expert Modules. Another important aspect was that we provided our customers with after-sales support and that we helped them analyze the data they generated with Mold Expert.

What’s next for Mold Expert?
Schuster:

The new version, Mold Expert Fiber, will define the next 20 years of continuous casting. The new technological paradigm of using fiber Bragg gratings improves the resolution of temperature points in the mold by a factor of 100. It adds a whole new dimension, and my team and I are very proud of it.